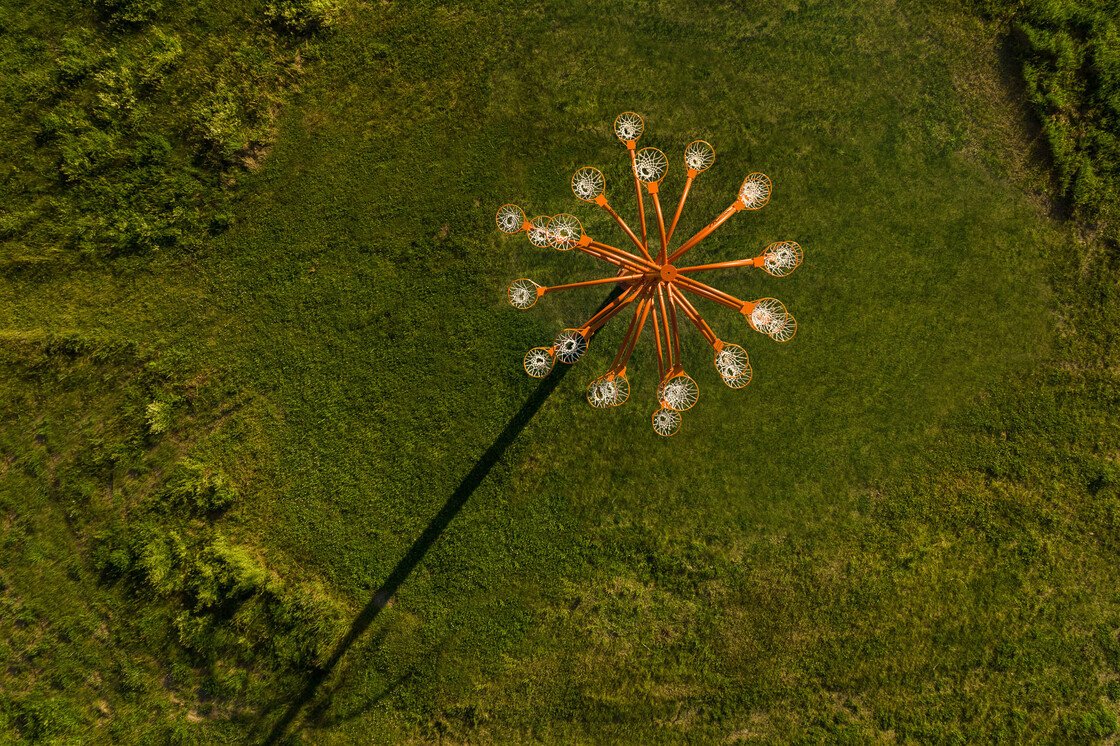 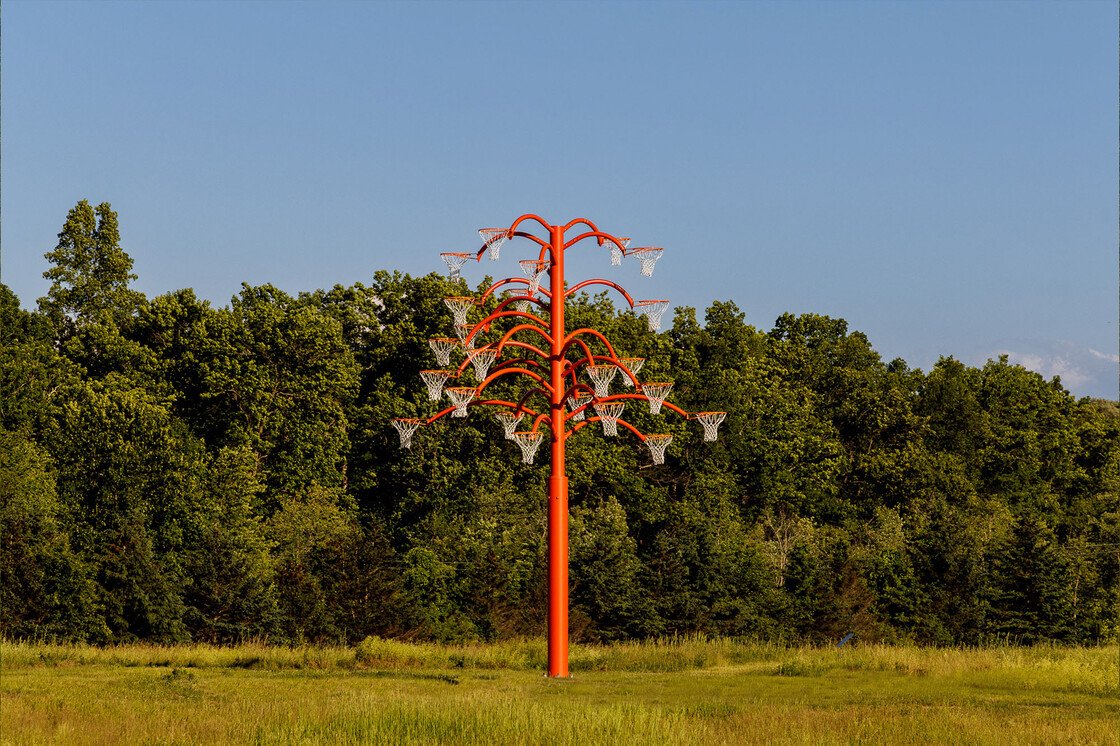 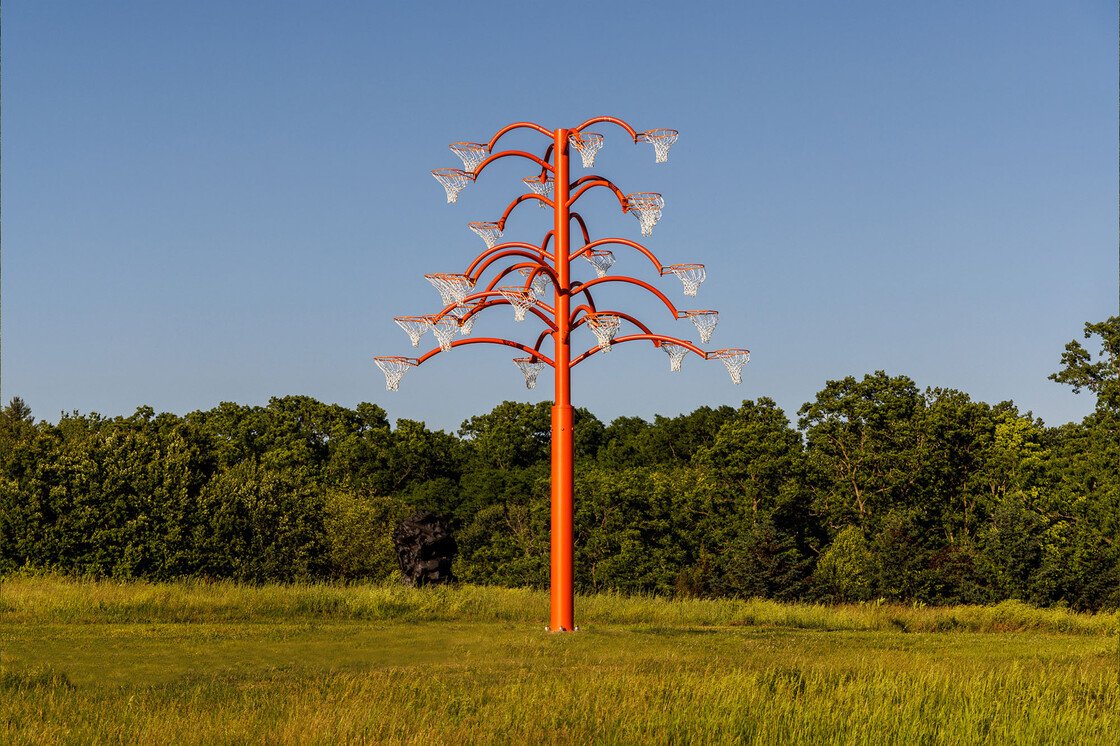 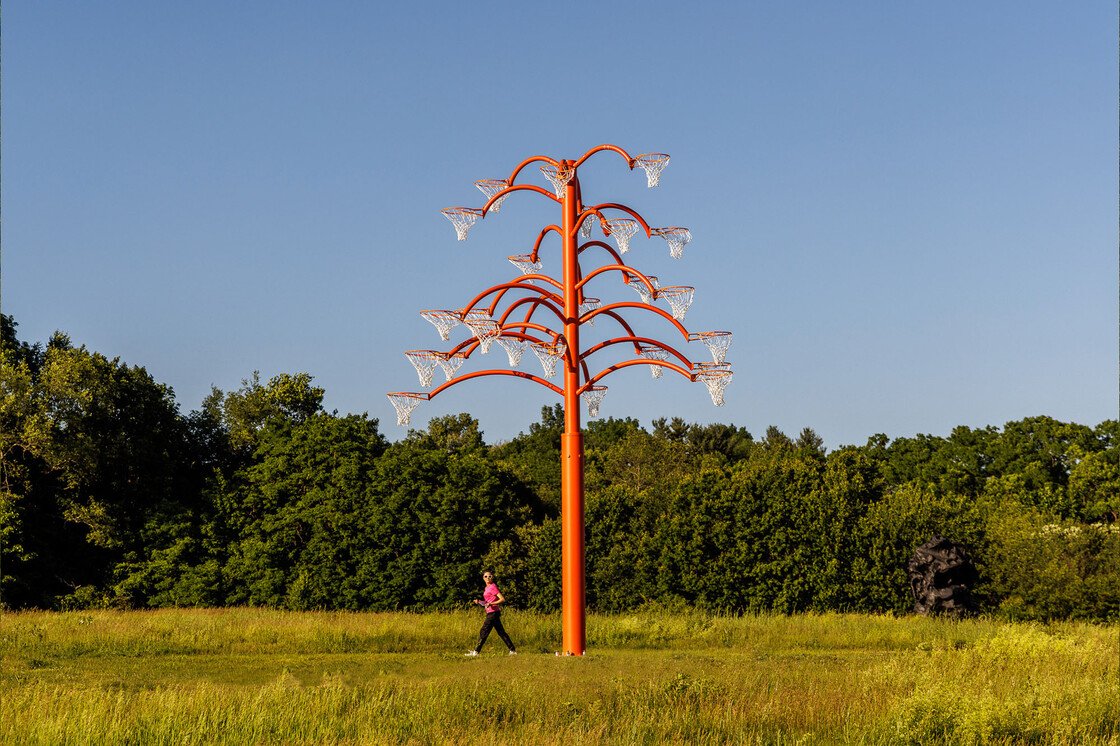 Cuban-born artist Alexandre Arrechea (b. 1970) examines the politics of public gathering spaces, returning for more than twenty years to the symbol of the basketball court. In Orange Functional–a major new commission by Art Omi–orange branches blossom into functional basketball hoops. As viewers throw basketballs, they fall from hoop to grass, evoking orange fruit falling from a tree.

By changing the design of a standard basketball hoop, Arrechea challenges the traditional rules of the game, inviting viewers to replace rules they know with new modes of play. The first functional basketball hoop produced by the artist, Arrechea invites visitors to bring their own basketballs and throw some hoops in the work.

Alexandre Arrechea (b. 1970) is internationally renowned as one of the founding members of the Cuban collective, Los Carpinteros [The Carpenters], active between 1991 and 2003. Embarking on his solo career in the same year, Arrechea is widely recognized for Nolimits (2013), a monumental project composed of ten sculptures inspired by iconic buildings in New York City and erected along Park Avenue, and Katrina Chairs (2016), erected at the Coachella Music Festival, Palm Springs, California, USA. In 2020, he created “Dreaming with Lions,” an immersive rotunda resembling an enormous forum-cum-library installed at Faena Miami Beach.