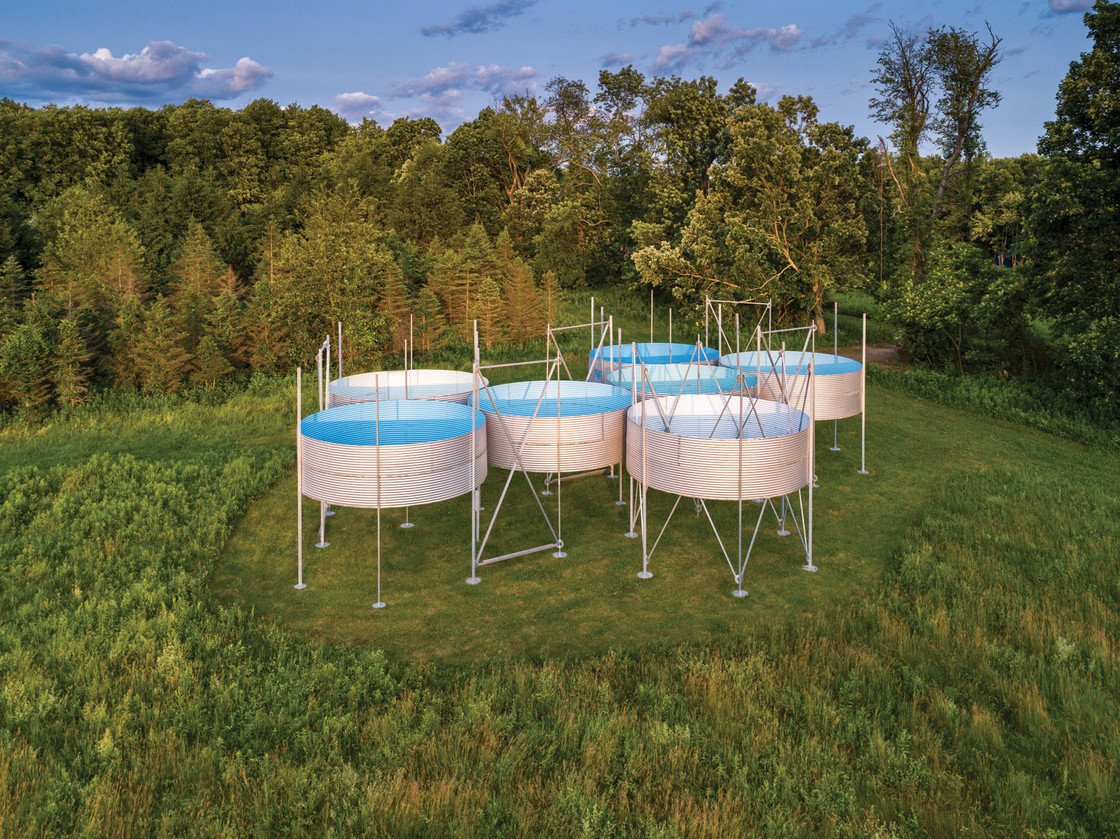 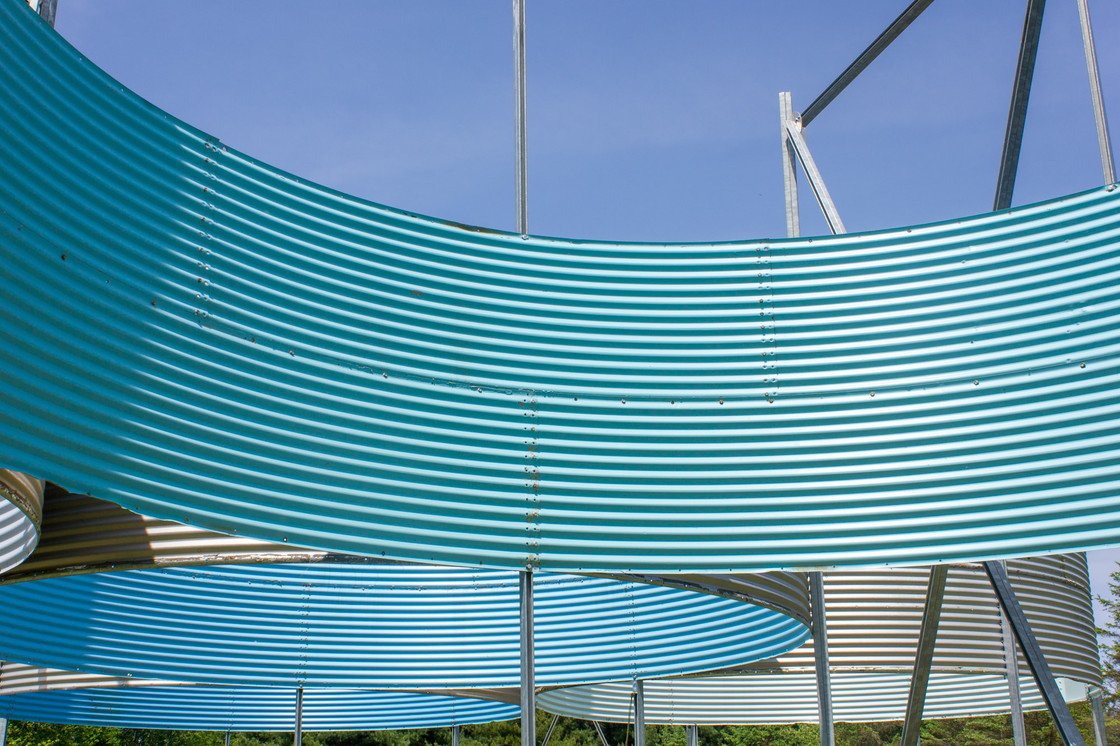 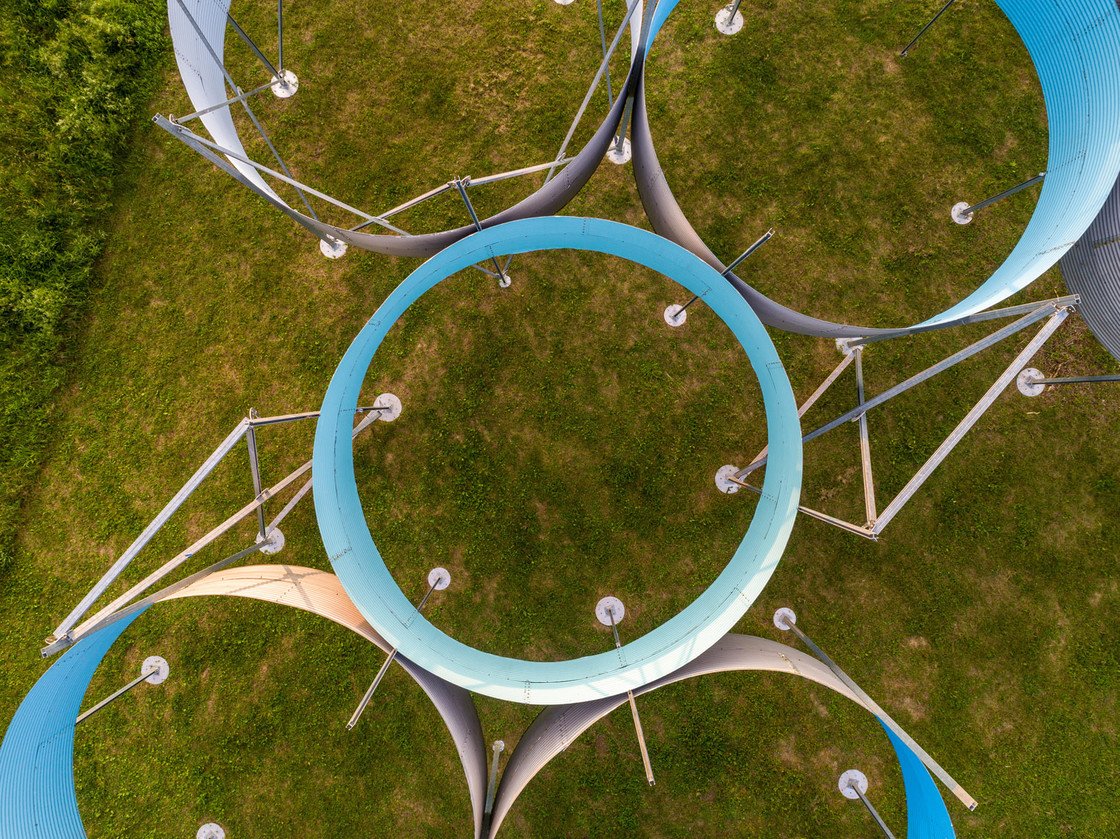 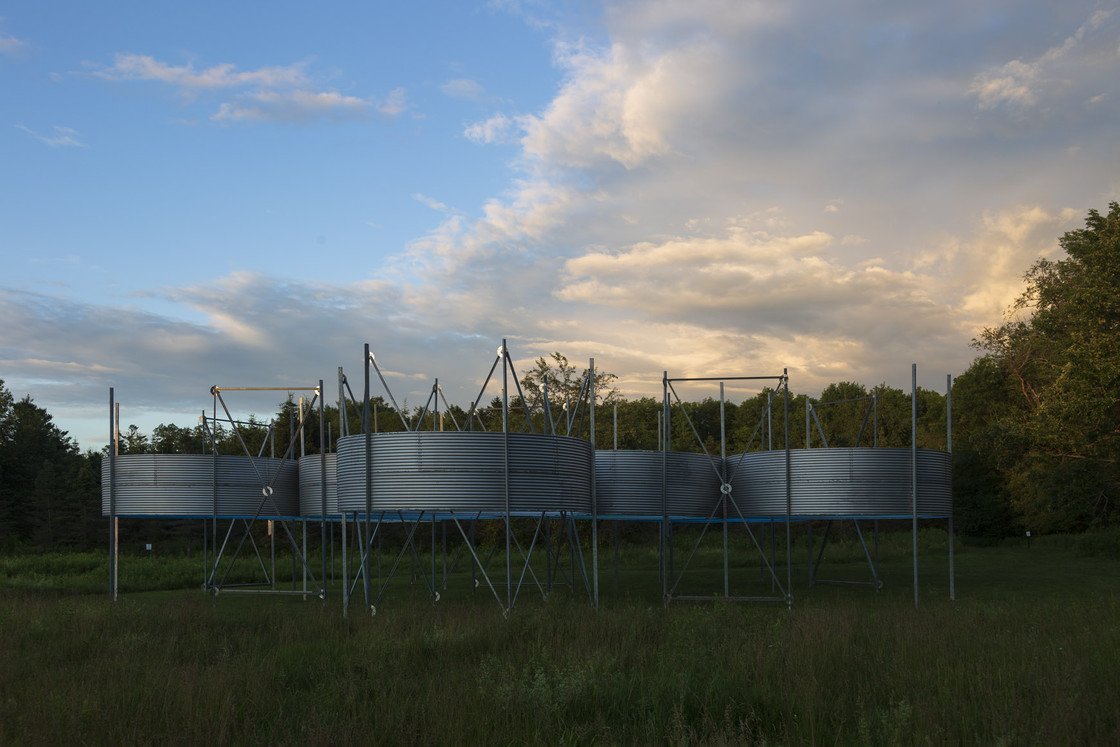 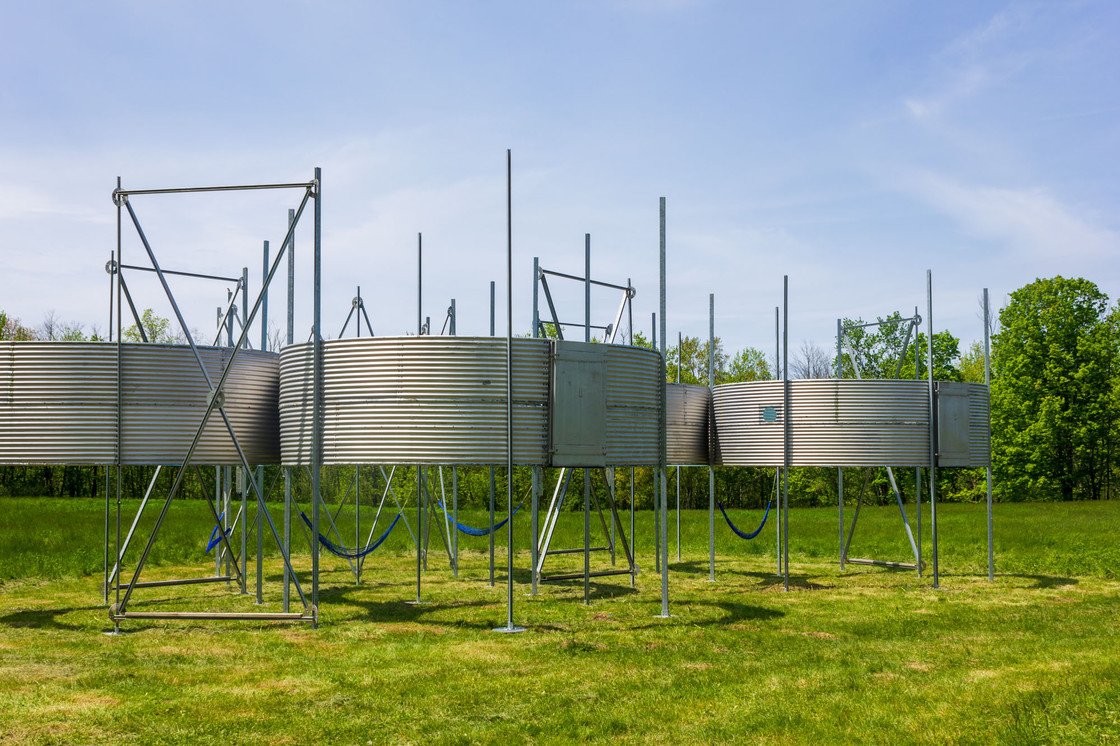 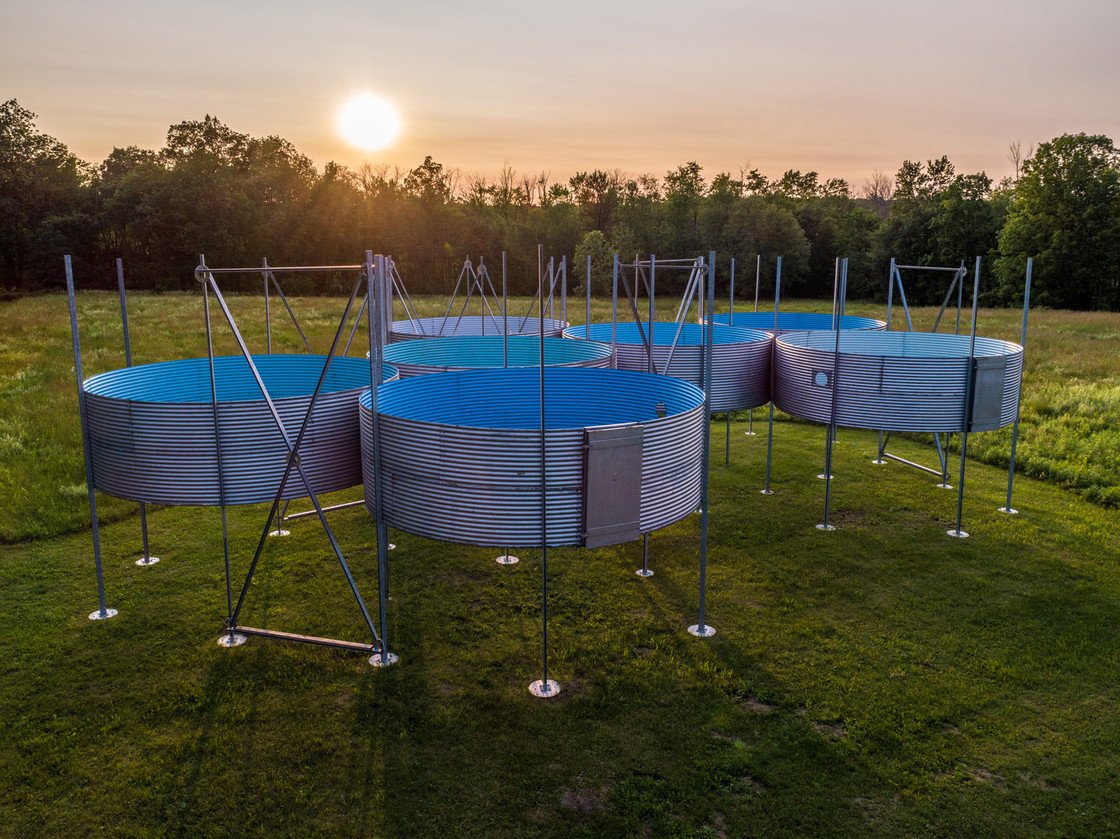 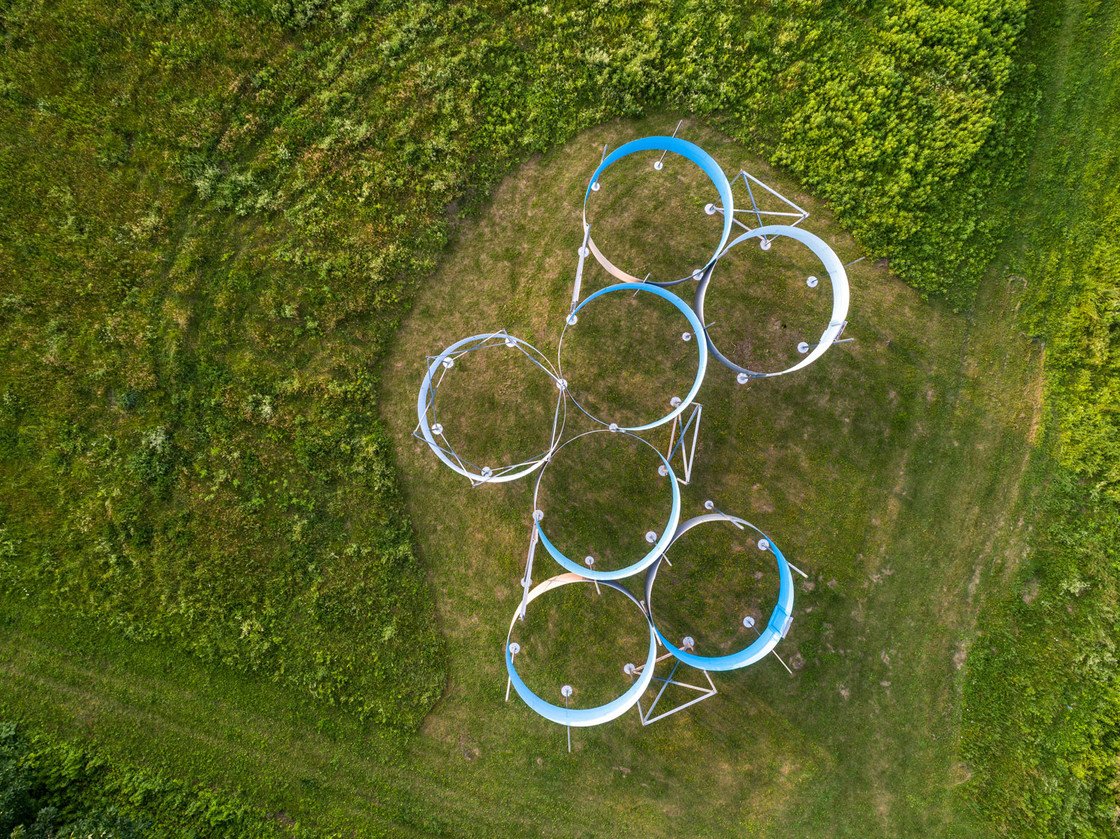 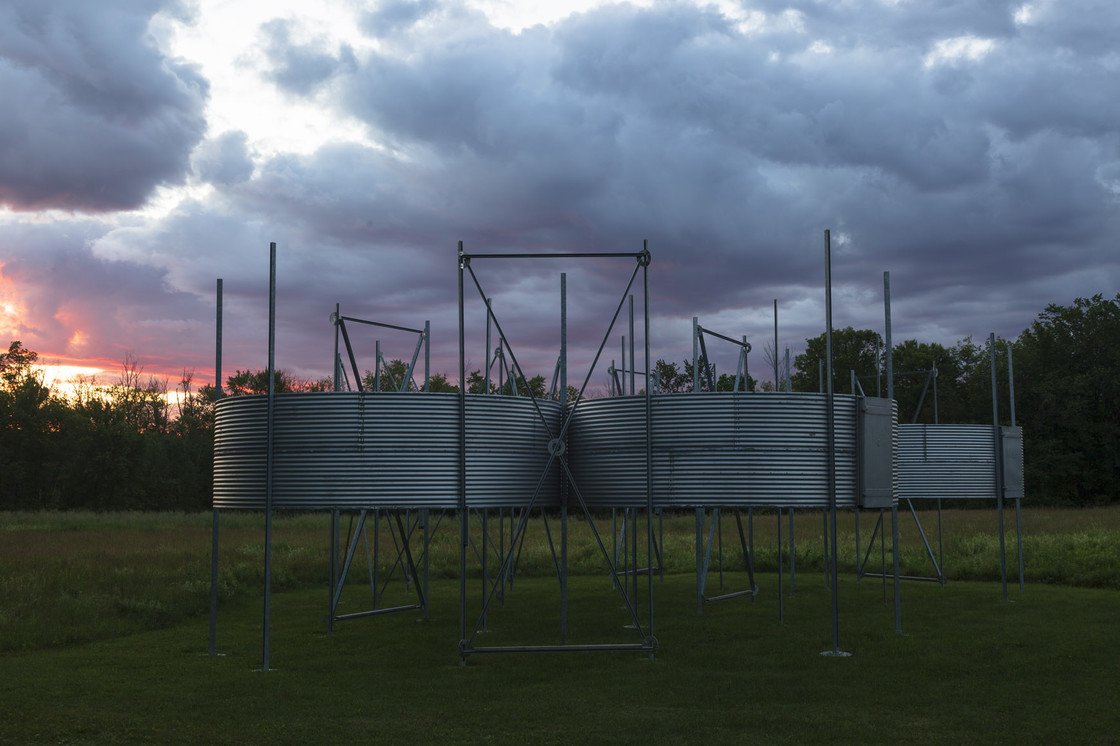 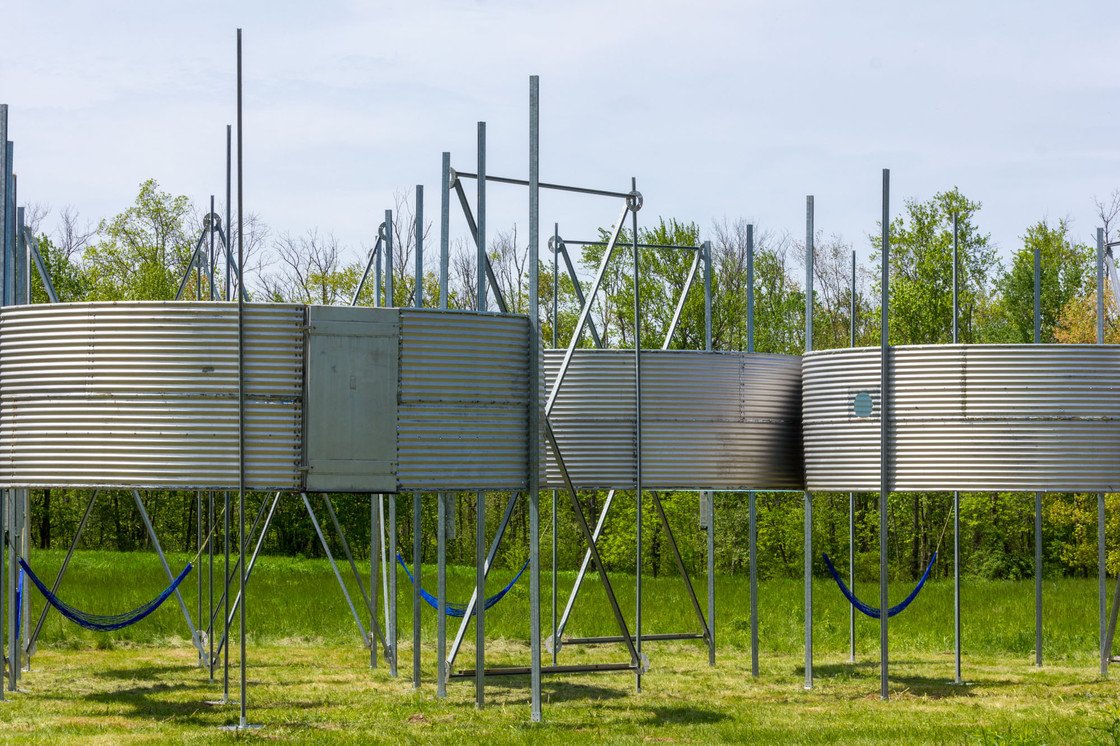 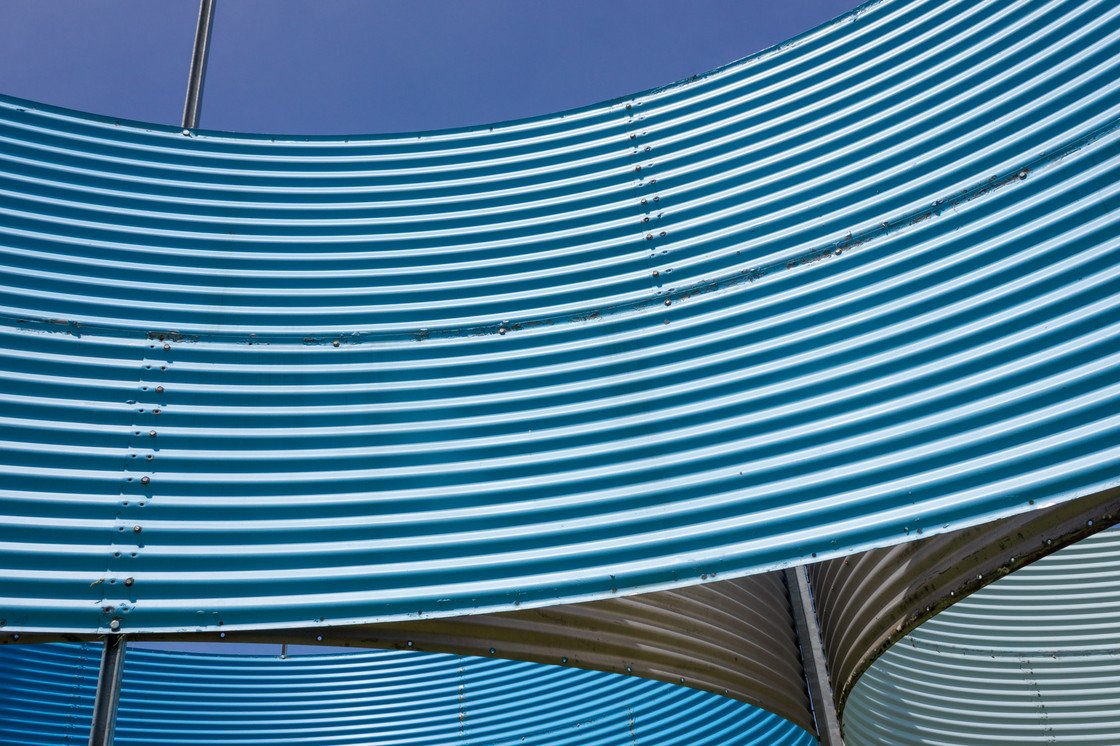 Oculi, constructed from two reconfigured 40-year-old metal grain bins, is created by Aleksandr Mergold and his design practice, Austin+Mergold (A+M) in collaboration with artist Maria Park and structural engineers Chris Earls and Scott Hughes. The grain bins, which once stored string corn on a farm in Delphos, OH, now frame unobstructed view of the sky while tracking the path of the sun with the range of shadow patterns. The interior walls are painted with the colors of the daytime sky, inviting viewers to wander below the structure to find a moment when the paint and the sky colors become one.

Artifacts of the American agro-industrial age, these bins have been repurposed in ways not unlike how medieval inhabitants of Rome reoccupied the remains of the Ancient Empire. The grain bin is our contemporary spolia—at once a resource for the future, a contemplation on the past, and a connection between urban and rural life.

In its original configuration, Oculi was a winning project of the annual City of Dreams competition, hosted by FIGMENT on Governors Island in NYC. This re-configuration of Oculi is made possible in part by a generous support from the College of Architecture, Art and Planning at Cornell University.