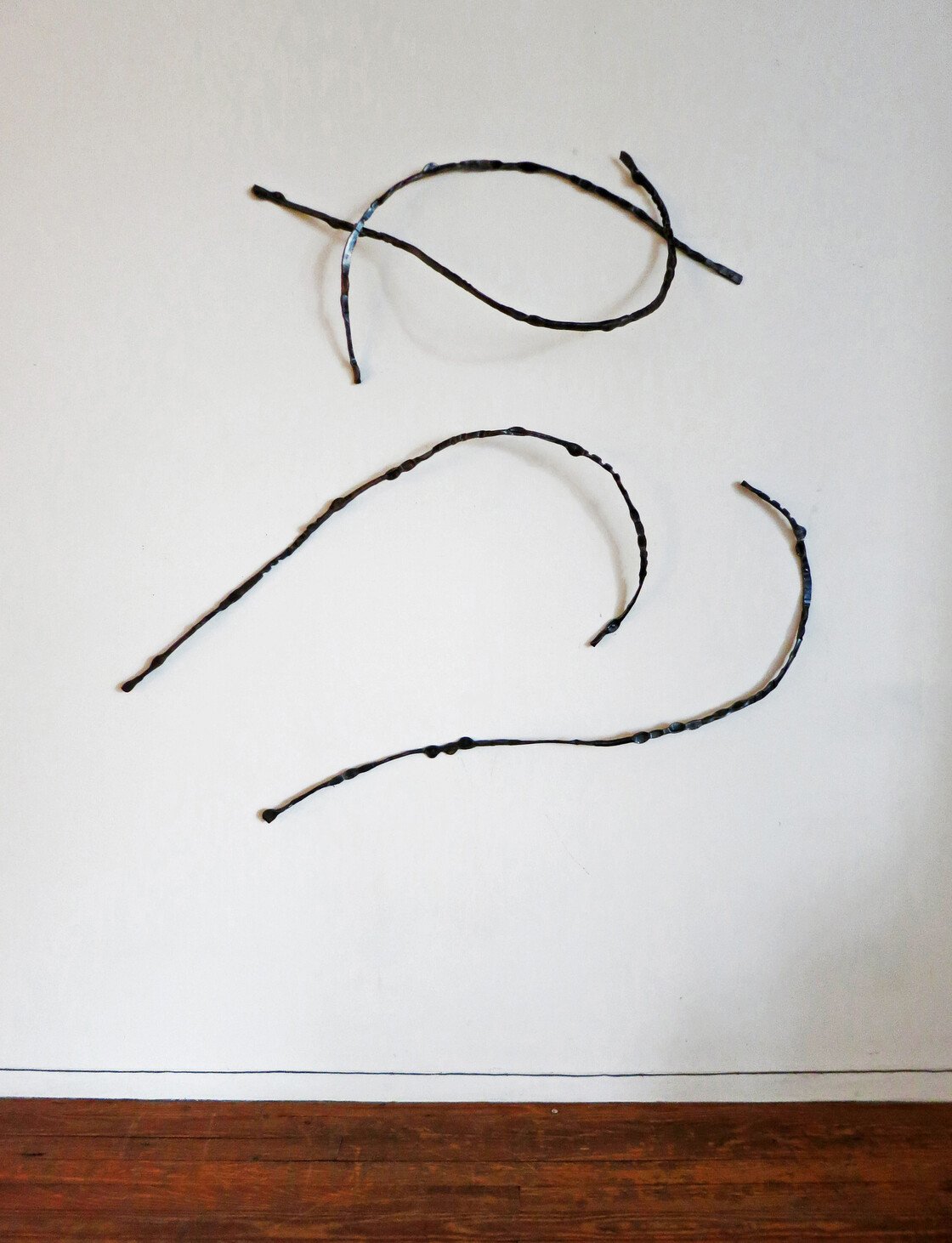 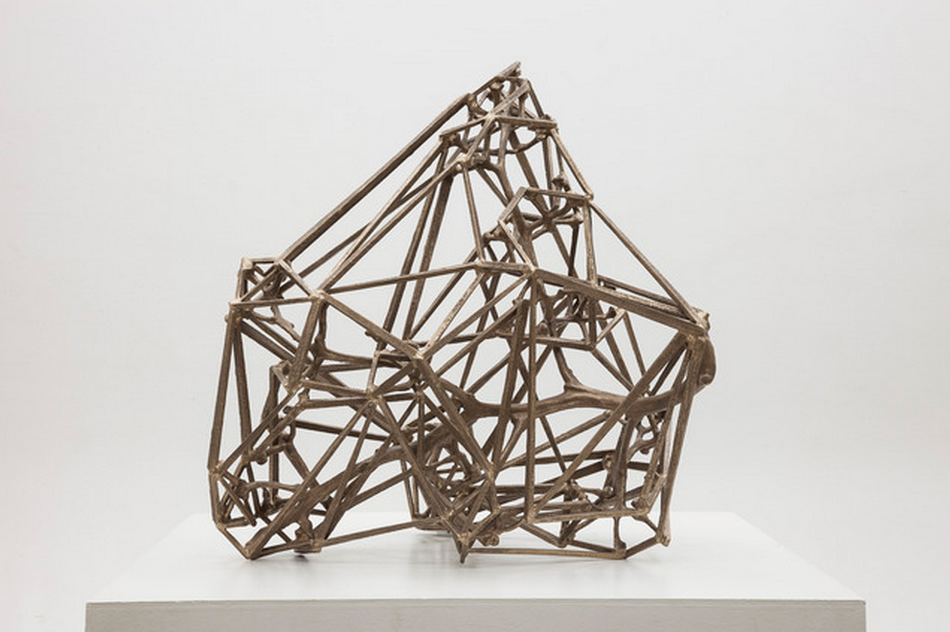 The two person exhibition, Linear Elements, presents recent drawings and sculptures by Alain Kirili and James Siena. Says exhibition curator Nicole Hayes, "the work of both Kirili and Siena use linear elements that, once assembled, take the shape of abstract forms and fields. These abstractions invite us to follow the artist's line like a path, to take a journey connecting us to ancient places, old friends, books, songs, or moments the artist has lived."

For the exhibition, Kirili exhibits a new series titled Iron Calligraphy, which involves the creation of a large-scale wall installation comprised of hand forged iron rods. Working in the forge, Kirili bends, dents, and marks his iron with fire, vices and hammers – altering this rigid material into lyrical arcs, curves, and swaying lines. He will bring these elements into the gallery and arrange them "fa presto," creating a 40-foot assemblage of linear characters alluding to a mysterious ancient language. In addition, Kirili will exhibit charcoal drawings which capture fleeting moments in charcoal lines on a smokey field.

James Siena exhibits his geometric, stream-of-consciousness forms created from bamboo skewers held together with glue and string. This new work is a continuation of a series the artist created from toothpicks assembled around grapevines which he originally made as gifts for friends in the mid 1980's. These works will be shown alongside patinated bronzes of the original series on a large scale that were created at The Walla Walla Foundry in Washington. Siena was able to realize these pieces in bronze when 3-D technologies made is possible to recreate models of these hollow, net-like structures, which were then cast in bronze using the ancient lost wax technique. The resulting sculptures bear the makings of their multi-layered process, and will be shown alongside his abstract graphite drawings.

James Siena is a New York based artist whose complex, rule-based linear abstractions have situated him firmly within the trajectory of modern American art. His artwork is driven by self-imposed predetermined sets of rules, or "visual algorithms," which find their end-result in intensely concentrated, vibrantly-colored, freehand geometric patterns. Mr. Siena works across a diverse range of media, including lithography, etching, woodcut, engraving, drawing, painting, and most recently sculpture. His work is held in numerous prestigious public and private collections across the U.S., including at the Museum of Fine Arts, Boston; San Francisco Museum of Modern Art; and The Metropolitan Museum of Art, The Museum of Modern Art, and Whitney Museum of American Art in New York. James Siena will be exhibiting at Omi for the first time. This will be Siena's second exhibition to focus on the his sculptural works following his exhibition at Pace Gallery, New York last April.

Alain Kirili was born in Paris, France in 1946 and has resided and worked primarily in New York City since 1979 – the same year the MOMA acquired his work Indian Curve, 1976. Kirili's work emphasizes an "aesthetics of spontaneity" and seeks its formal unity through the variety of materials he employs in a quest for "organic simplicity." His materials range from large blocks of limestone, ceramic, hand forged iron, and steel, always maintaining a sense of immediacy with his material. He has a strong interest in the relationship of monumental sculpture and public spaces. Kirili has completed several large commissions in this vein at the Tuileries Garden in Paris, University of Bourgogne in Dijon, Avenue de France in Paris, and most recently in the city of Grenoble. Alain Kirili's works Solos and Alliance have been on view in The Fields Sculpture Park since 1998.