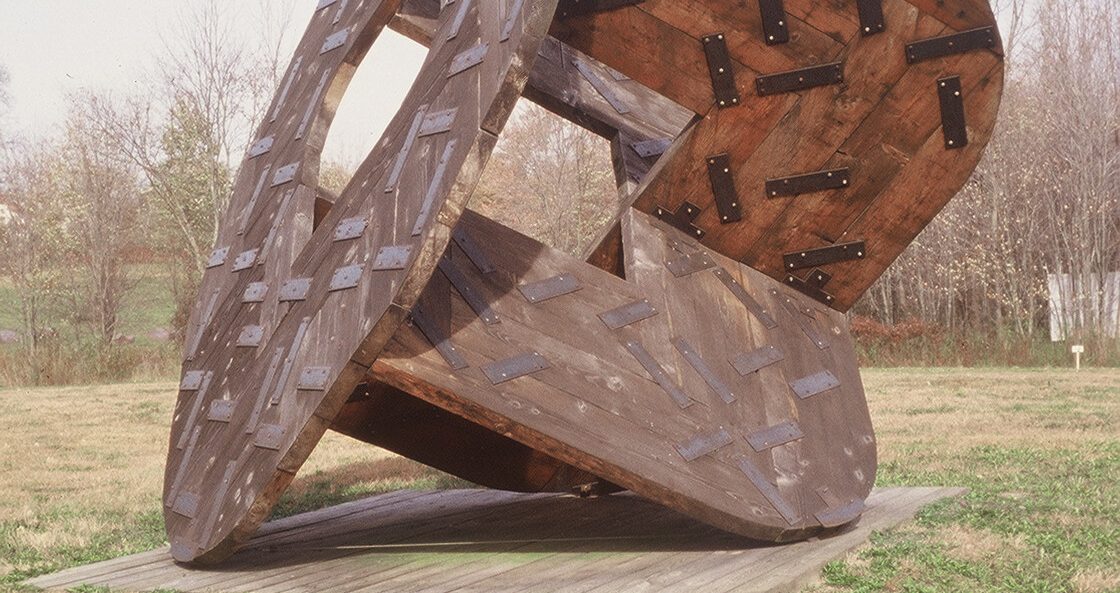 The André Emmerich Collection includes approximately 20 works that are on long-term loan from André Emmerich Gallery. In 2000 a selection of these larger scale sculptures were exhibited in The Fields Sculpture Park.

Internationally recognized Manhattan gallery owner André Emmerich is lagely credited with assisting the emergence and notoriety of galleries and sculpture parks dedicated to contemporary art. Thus, The Fields acquired its' first group of notable, large sculptures whose dates ranged from the 1970s - 1990s. For Emmerich, The Fields Sculpture Park was an extension of his own private sculpture park, which resided on an old Quaker estate, formerly known as "Top Gallant" in Pawling. These works continue his legacy as a dedicated art dealer, appreciator and supporter.

André Emmerich Gallery (founded 1954; closed 1998) was an art gallery in New York, N.Y. and Zurich, Switzerland Born in Germany in 1924 and raised in Holland, André Emmerich emigrated to the United States in 1940. After graduating from Oberlin College and working as a writer, he opened his gallery at 18 E. 77th St. in 1954, moving in 1956 to accommodate bigger works of art to 17 E. 64th St. During its early years, the firm specialized in classical antiquities and Pre-Columbian art, but by the 1960s Emmerich began concentrating on the artists who defined Color-Field painting. Emmerich opened a branch in Zurich and in 1971 took space in 420 W. Broadway. A strong advocate of abstract sculpture, Emmerich featured it in his gallery and at Top Gallant Farm, his 140-acre estate in upstate New York where he installed monumentally scaled works. André Emmerich passed in September 25, 2007.