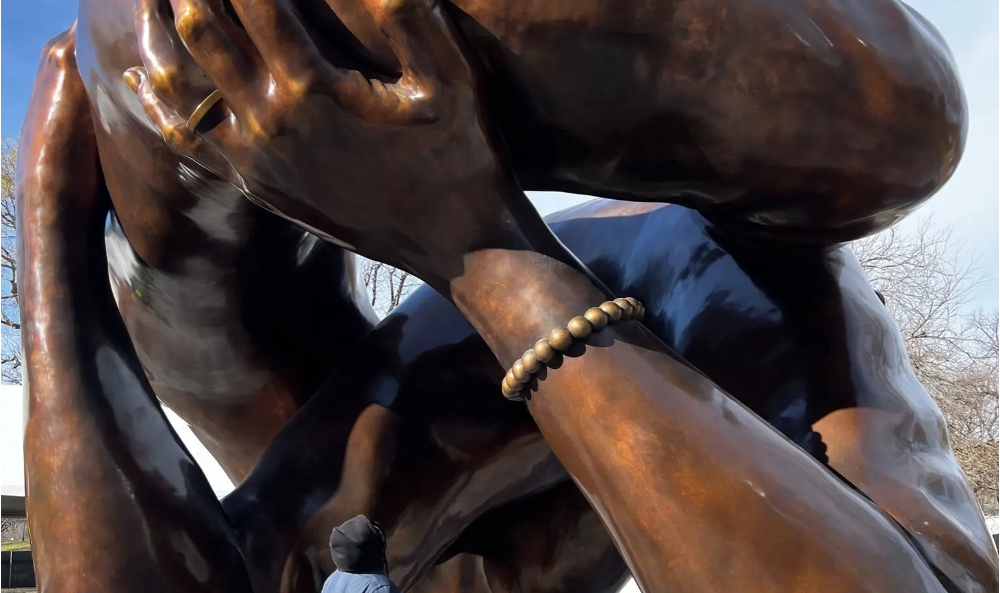 The Embrace by Hank Willis Thomas. Photo via NYT

On January 13, The Embrace by Hank Willis Thomas (Art Omi: Artists, 2006) was unveiled at the Boston Common in Boston, Massachusetts as its first permanent memorial in 60 years. The 22-foot tall bronze sculpture is inspired by a 1964 photograph of Coretta Scott King and Martin Luther King Jr. taken the moment they learned that King won the Nobel Peace Prize. The piece memorializes King and Scott’s love for one another, as well as their momentous roles in the Civil Rights Movement. Learn more about the work on The New York Times and Hyperallergic.